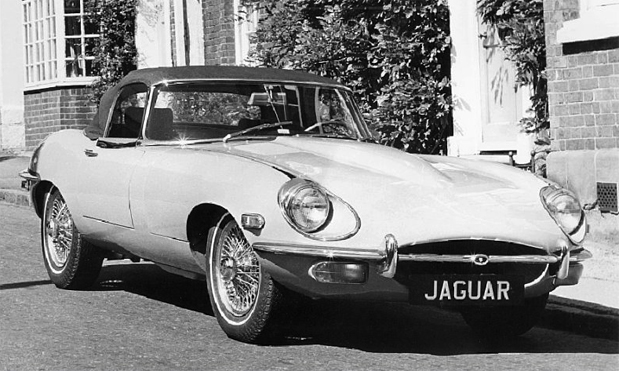 Prestigious Euro Cars is your dealer alternative to affordable Jaguar Service. We Specialist in Jaguar Service in Fort Lauderdale, Florida. We have been in the Jaguar Service business for over 35 years! For more information call Bob Atanasov at 954.779.1000.

Prestigious Euro Cars polishes the Jaguar E- Type Roaster. It looks as the day Bob Tullius and Lee Mueller raced with it, with British Leyland support, in the USA. The V12 gained the most fame this day. The car sits in Prestigious astonishing showroom with red leather seats and white polished paint.

This car’s arrival upon the motoring world has often been compared with that of the XK 120 more than 12 years earlier. Like its ancestor, it was a road car that looked like a racer–and indeed it did prove its worth on the circuits. It looked more like its direct forebear, the D-type, but it had independent rear suspension–the first production Jaguar to do so–and the 3.8 litre ‘gold top’ XK engine, as used in the most powerful XK 150 ‘S’ models.  The roadster and the more dramatic fixed-head coupe–Jaguar’s first ‘fast-back’ since their SS1 Airline! –were shown at the 1961 Geneva Salon. With racing tyres the new car could reach the magic 150 mph but, having achieved this figure, it was difficult for subsequent models–heavier and less ‘slippery’–to emulate it.